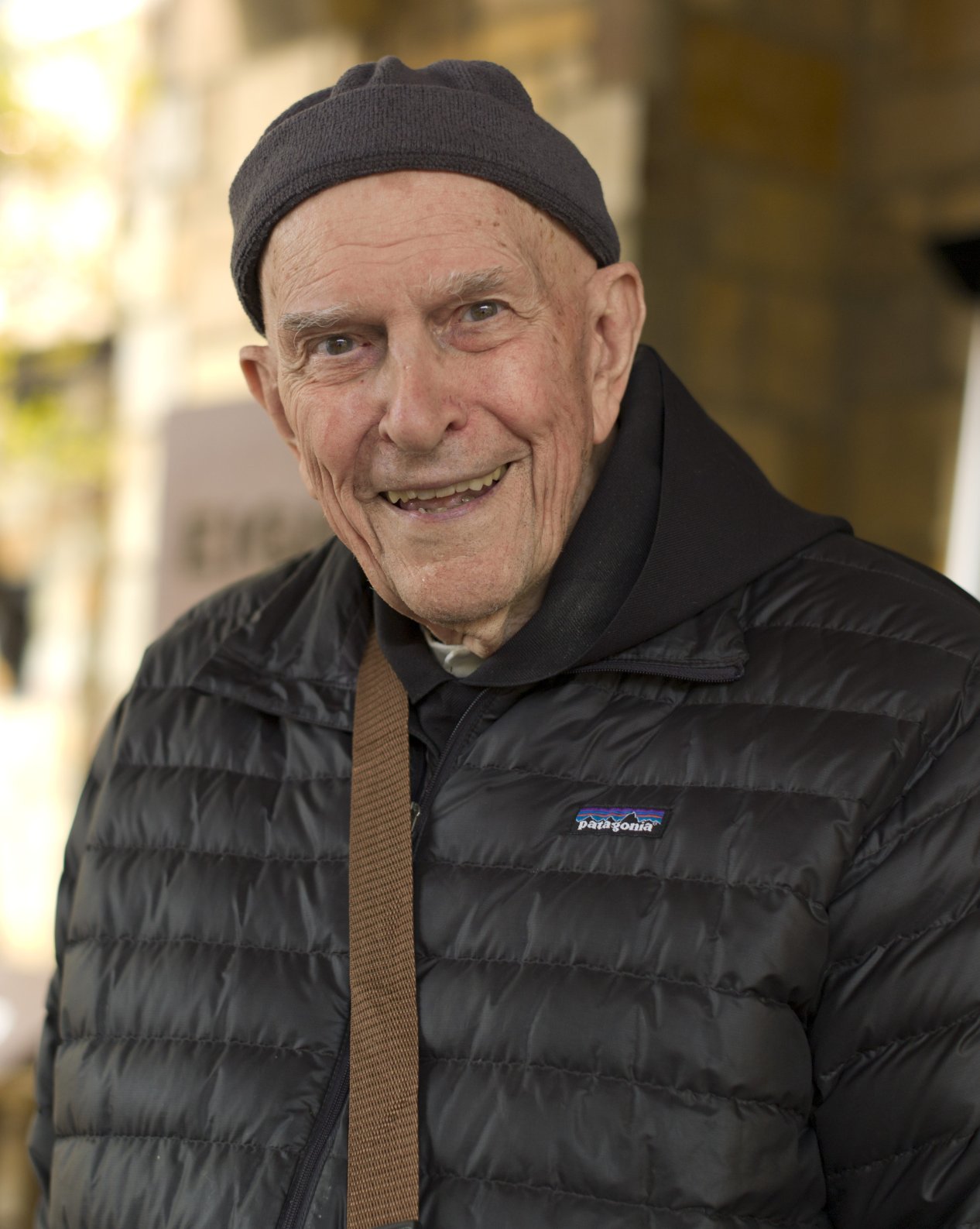 To the worldwide community of Contemplative Outreach,

It is with deep sorrow that we share the news of the passing of our beloved teacher and spiritual father, Thomas Keating. Fr. Thomas offered his final letting go of the body on October 25, 2018 at 10:07pm at St. Joseph’s Abbey in Spencer, Massachusetts. He modeled for us the incredible riches and humility borne of a divine relationship that is not only possible but is already the fact in every human being.  Such was his teaching, such was his life. He now shines his light from the heights and the depths of the heart of the Trinity.

The monastic community from St. Benedict’s Monastery will join together with the Contemplative Outreach community for a memorial service in Denver, Colorado.  The location, date and time of the memorial service will be announced shortly. The Center for Action and Contemplation will live-stream and record the service so that anyone who wishes may join remotely.

Details will be forthcoming for a 24-hour, worldwide prayer vigil, as well as suggested schedules and enrichment for local gatherings.

Please respect the privacy of St. Benedict’s Monastery and St. Joseph’s Abbey and do not call with questions.

Fr. Thomas was born in New York City in 1923 and remembers having an attraction to religious life from a young age. He started college at Yale University and then graduated from an accelerated program at Fordham University. While in college, a spiritual director at a camp where he worked took the counselors to Our Lady of the Valley Trappist Monastery in Rhode Island, which he ultimately joined in 1944. He was ordained a priest in 1949. He first came to Snowmass, Colorado in 1958 as the appointed superior to help build and run the new monastery, St. Benedict’s. In 1961 he was called back to St. Joseph’s Abbey and served as the abbot for 20 years. During that time, he was invited to Rome in 1971, following the Second Vatican Council where Pope Paul VI encouraged priests, bishops and religious scholars to renew the Christian contemplative tradition. As an answer to this call, Fr. Thomas, along with William Meninger and Basil Pennington, drew on the ancient practice of Lectio Divina and its movement into contemplative prayer, or resting in God, to develop the practice of Centering Prayer. The initial idea was to bring the contemplative practices of the monastery out into the larger Christian community by teaching priests, religious and ultimately, laypersons. After 20 years as abbot, Fr. Thomas resigned and returned to St. Benedict’s Monastery. He became more fully immersed in bringing the contemplative dimension of the Gospel to the public by co-founding Contemplative Outreach in 1984.

Another outgrowth of Vatican II was that Catholics were given permission and encouraged to acknowledge the work of the Spirit in other religions. In God is Love: The Heart of All Creation, Fr. Thomas states, “No one religion can contain the whole of God’s wisdom, which is infinite.” One of Fr. Thomas’ lasting legacies is that for over 30 years, he convened inter-religious dialogue at St. Benedict’s, which became known as the Snowmass Conferences.  It was an attempt to dialogue with and understand the contributions of the spiritual traditions of all religions and put to rest the cultural attitudes that lead to separation and violence.

As many of you know who have met him over the years, Fr. Thomas traveled worldwide to teach us about the Christian contemplative tradition and the psychological experience of the spiritual journey. He once told Mary Clare Fischer, a reporter for 5280 Magazine, that he thought the hardest thing about his commitment to monastic life would be the separation from the outside world because “I felt a great desire to share the treasures I had found in the way of a deeper relationship with God.” His seminal work on the Spiritual Journey Series is testament to his desire.

Within the last decade of his life, Fr. Thomas said, “I am at the point where I do not want to do anything except God’s will, and that may be nothing. But nothing is one of the greatest activities there is. It also takes a surprising amount of time! What time is left each day is an opportunity for God to take over my life more completely on every level and in every detail.” (God is Love: The Heart of All Creation).

Pat Johnson, a long-time friend and one of the founders of the retreat ministry at St. Benedict’s Monastery, had a recent conversation with Fr. Thomas wherein he expressed his gratitude for her service to Contemplative Outreach over many years. She says, “Here is this man at the end of his life, in pain, and still giving his all back into the universe. If ever I had an example of what it means to love unconditionally, this moment in time was one huge example. The greatness of his giving, the greatness of his humility, left me with nowhere to go, nothing to do, and the recognition that doing nothing takes a long, long time. … What an amazing model he is for all of us as we attempt to move through our lives with grace and strength!”

Fr. Thomas is now entrusting us to bear his message of love and transformation, to continue to pass on the wealth of the contemplative dimension of the Gospel and the method of Centering Prayer to the next generation. Just before Jesus was taken up from the disciples after his passion and resurrection, he said to them:

“It is not for you to know the times and the seasons,
which the Father has put in his own power.
But you shall receive power when the Holy Spirit has come upon you:
and you shall be my witnesses … to the ends the earth.
And when he had said these things, while they beheld,
he was taken up, and a cloud received him out of their sight.”
– Acts 1: 7-9

Fr. Thomas is now taken from our sight. Let us open ourselves more than ever to the indwelling presence of the Trinity as we deepen our unity in prayer and service. Let us continue to persevere in our consent to the presence and action of God within us and among us and allow the inspiration and the breath of God to move us and guide us as we seek to embody and pass on the gifts we have been so privileged to receive.

With deep gratitude and hearts broken open,
The staff and governing board of Contemplative Outreach, Ltd